Matt Kivel’s albums are like homes made in miniature — seemingly simple pieces of art that, upon closer examination, reveal exquisitely crafted worlds of their own. You can get lost in the details up close, or marvel from afar, but the intricate beauty of something so modest and expertly rendered is plain to see.

Matt has been releasing music under his own name since 2012. The brilliance of his songwriting has never translated into a massive audience, but then again, that was never his intention. He has built a strong cult following that came for the lo-fi indie-pop and stayed for the minimalist soundscapes and the heartbreaking nostalgia. Along the way, he has collaborated with renowned artists such as Bonnie ‘Prince’ Billy and Robin Pecknold of Fleet Foxes; and performed shows with Angel Olsen and Steve Gunn, amongst others.

The first collaboration between Pedro Y El Lobo and Matt Kivel was an acoustic concert in Mexico City in 2017. An almost instant friendship stemmed from our mutual love of Leonard Cohen and a similar understanding of music. Last Night In America (2019) –the first of Matt’s albums that we released– is a masterpiece in which every word, sound and silence is carefully placed with a purpose. Beyond his obvious ability to find poetry in everyday life, Matt's lyrics stand out for talking about themes like love, memory and youth in a way that feels completely of these times.

that day, on the beach 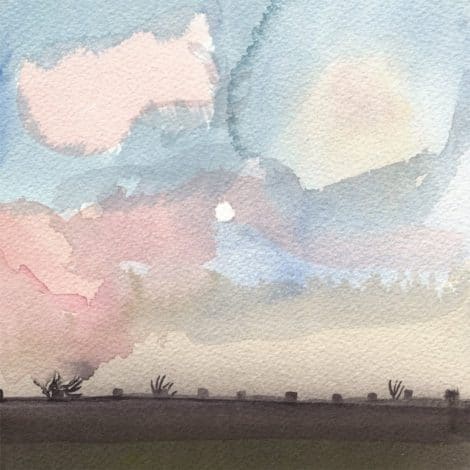